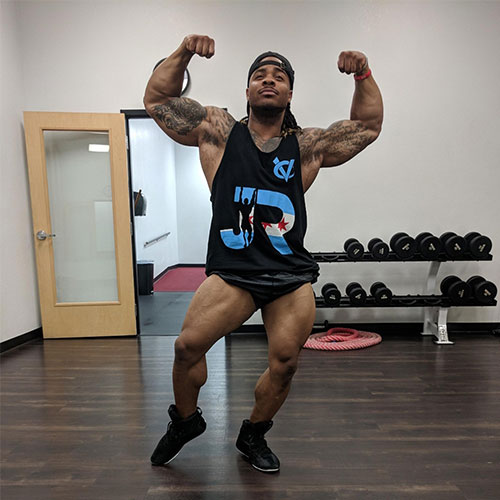 Quentin was born in January on 1992. Here’s the story of this amazing Classic and Bodybuilding competitor:

“I had my birth mother up until the age of 4. My mother was murdered at the age of 23. My father; I never knew, but I later found out he was just a big shot drug dealer, but he wasn’t present. I briefly lived with my Grand Mother, then I was entrusted to a family friend. I went through an extreme case of child abuse for years in every way you can think of. I was eventually liberated by another trusted family friend. I lived with my Grandmother again for a short period of time where I had deep counseling. I then was granted guardianship into a caucasian family where I continued therapy and battled trying to balance my emotions. I was trying to figure out where I fit in, with the black or white community. Eventually figuring out, its just best to fight for self love and natural purpose. A huge turning point for me was flipping through channels and I was awe inspired by WWE Superstar Dave Batista. he was the first true hero I’d ever had to fuel me to be better!

Soccer was my first sports love, I played until I was in 7th grade. In Highschool I was very involved in football, track, lacrosse and Wrestling. I was extremely energetic and needed outlets, so sports helped me focus. When I was a at the Age of 17, I had a child. I decided that I couldn’t be like my original dad, and not be there for my child. I love my daughter Kahlen, and worked hard to give her everything she needed. A bit before that, I had major shoulder surgery that barred me from playing sports, and using my proper outlet’s to cope.  Although there were trials in my life, I remained  postive. The majority of high school life was amazing. I was popular by not falling into the crowd. I didn’t drink until I was 21, and I didn’t party. I was focused on being/learning about me. After graduating, I became a CNA. I worked for a company and I was fired due to racism. I was heart broken, but later found my way into Wedgwood Christian Services and worked as a Youth Treatment Specialist. I loved this, because when my mom was alive, she was a patient there.

Due to my life choices I was a therapist/specialist.  I learned a lot about myself, and also how to be a better father. I was also working as a trainer part-time. Eventually, I found myself into bodybuilding due to my friends. The day I wanted to start, I got into a major car accident that sidelined me for a year. I had surgery for the 2nd time on my shoulder. Bodybuilding started as a hobby and I’ve had pinnacle moments becoming an IFPA Pro, but the real dream is becoming an IFBB Pro. With my life, I believe my destiny is to bring out the inner champion in the many, and helping them exceed even their own expectations. Its easy to lose to you, and its an uncomfortable conversation to look at yourself for what you really are, at moments. My dream is to motivational speak, to inspire with my body, to build a non profit, to have a good life for my family, and to be the best me as possible. I need to make my own personal brand so that the vison becomes so real. I’m a cycle breaker and its my mission to empower the many to become more. Through the power of self love, dedication and learning experiences. Im currently happily engaged to my fiancee Elysa Moralez-Cole I am planning to get married next year August!” says @dreadedq61

What was your last bodybuilding competition and what did you place?
North American’s / I entered Classic Physique and bodybuilding. Due to competing viciously for years my body crashed completely. It was really bad aftermath with migraines as well. I took nearly a year off. To normalize and my body is fully rested. I focused hard on recovery and balance. Im itching to compete in the fall!

What prior competitions have you been to and what did you place in those?
2013 Western Championships 3rd

What competitions have you won?
Natural Ohio

When/where is your next competition?
Probably Npc Great Lakes or Steve Kuclo Classic in Ypsilanti then North Americans

Briefly describe your current workout regimen
5 to 6 days a week / Cardio 5 days bumping to 6. I will be in a few weeks working viciously to make that happen.

What is the name and location of the gym that you currently work out at?
Fitness 19

What are your Top 3 songs to work out to?
Depends on my mood:

What are your hobbies?
Acting
Dancing
Impersonations
Music
Martial Arts

What sports do you play?
Bodybuilding / weightlifting / wrestling / basketball / football

Tell us about the sports you have played
I was the starting linebacker for Christian High school football team. I was recruited halfway through the season to play lacrosse my senior year. I wrestled and enjoyed being competitive  feeling somewhat like a WWE wrestler. I had a winning record. When I first wrestled I had to learn that they were not the same thing. I also did track for a year Hurdles, High hurdles, 60 meter, 4 by 1. 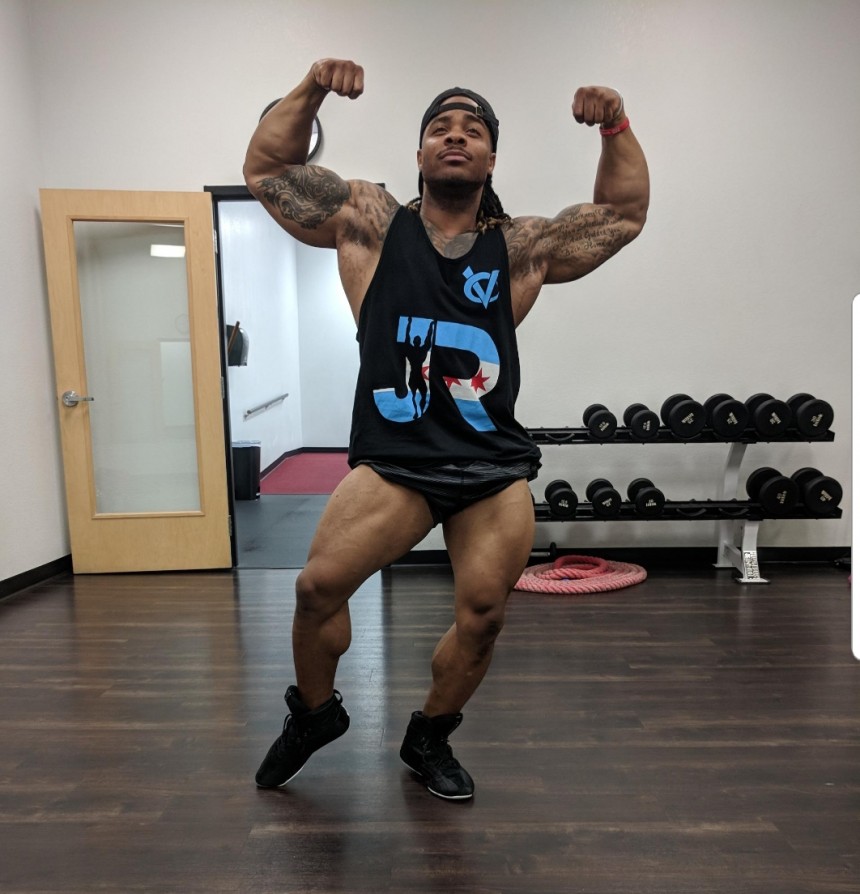 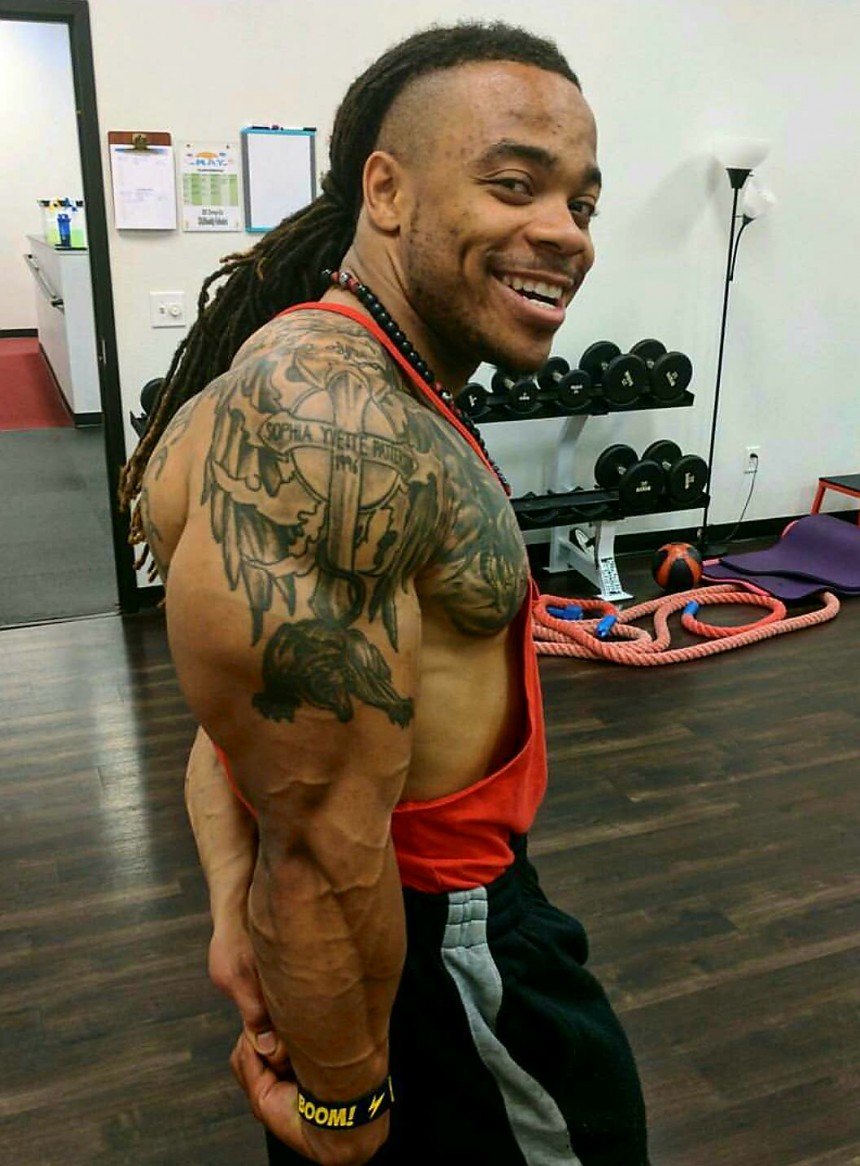 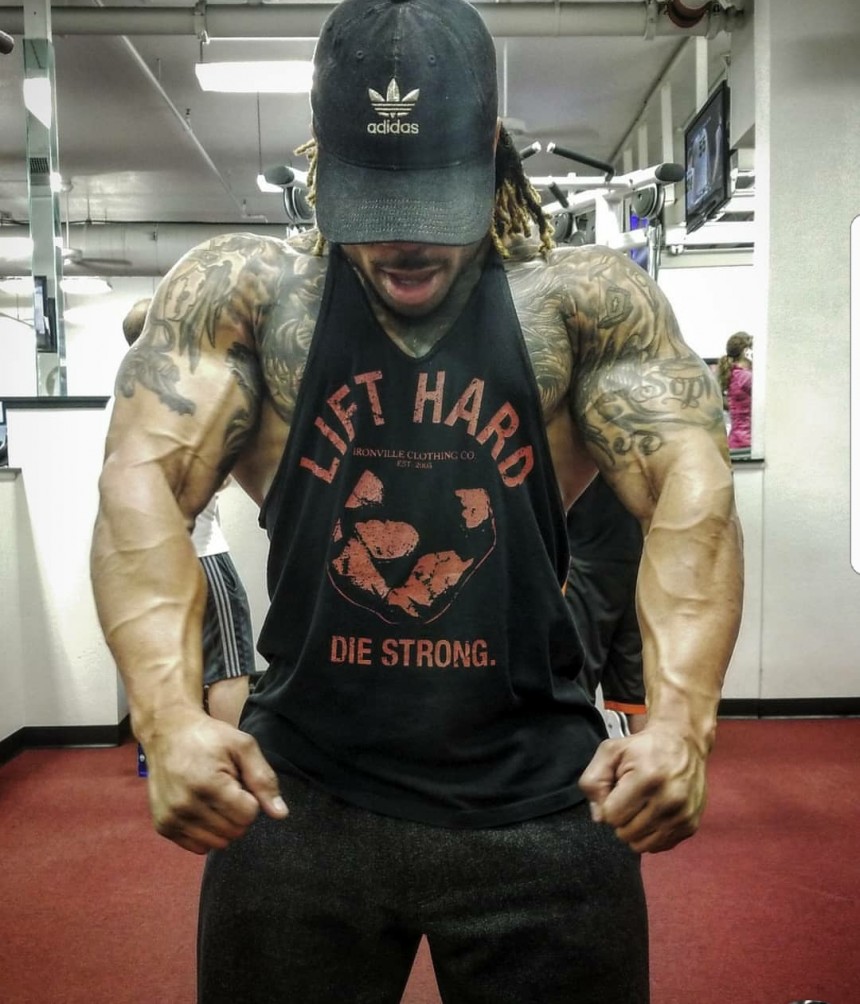 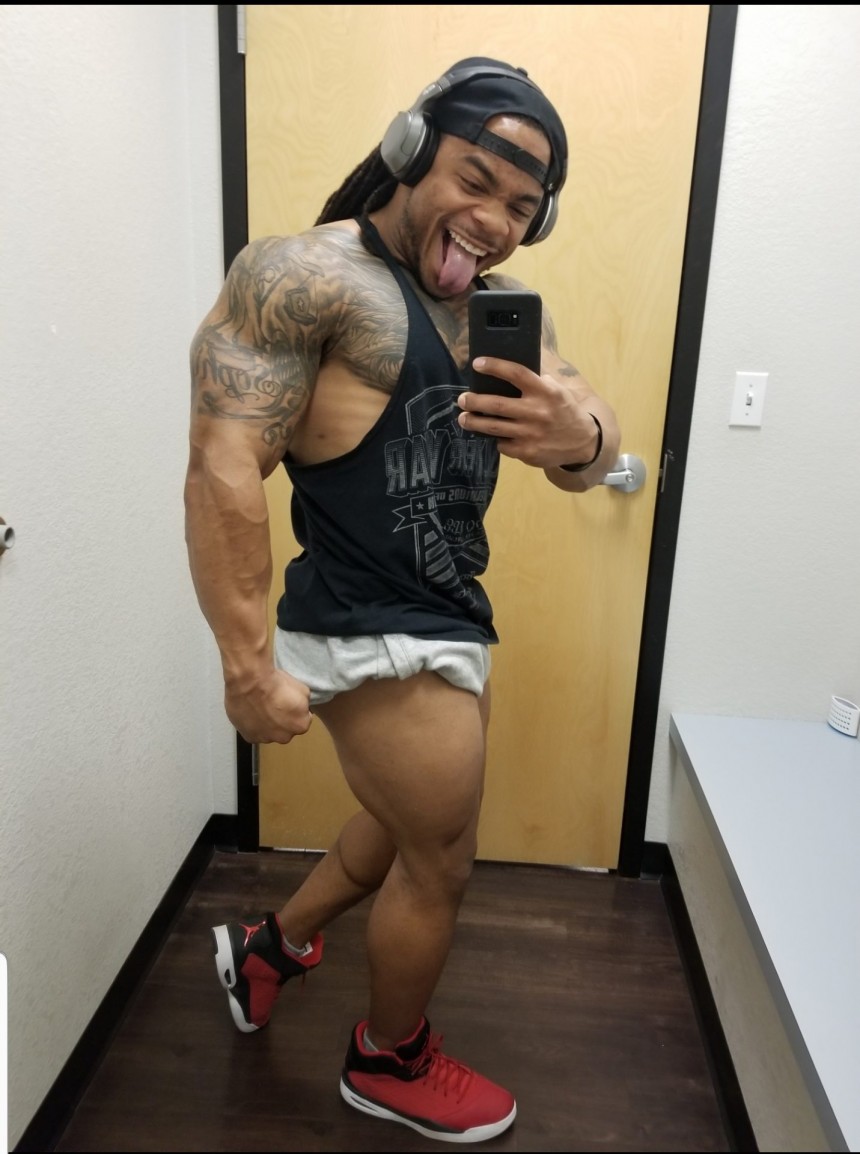 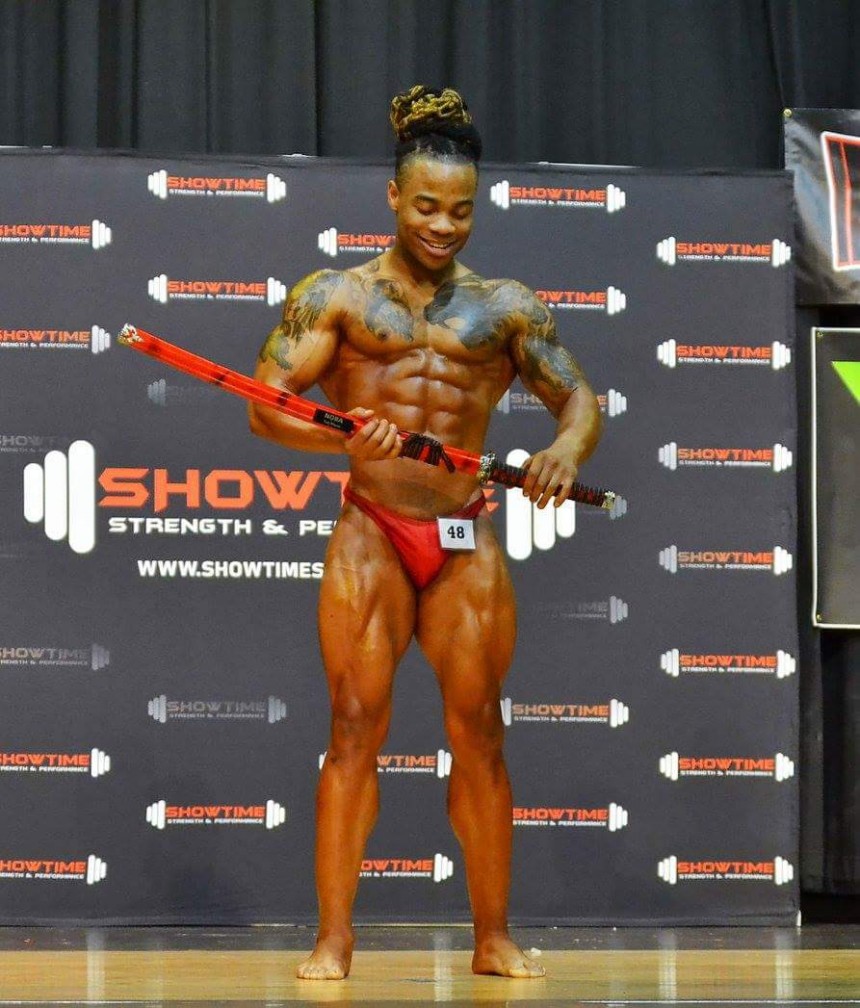 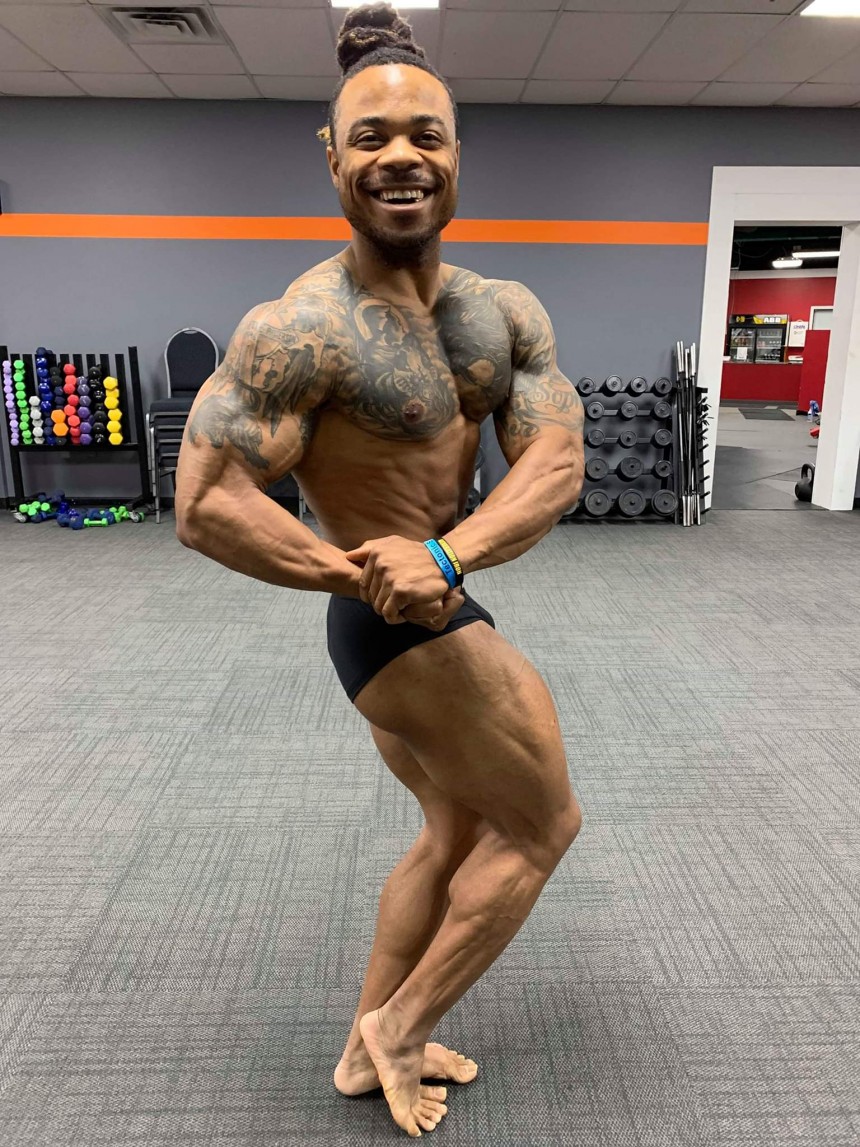 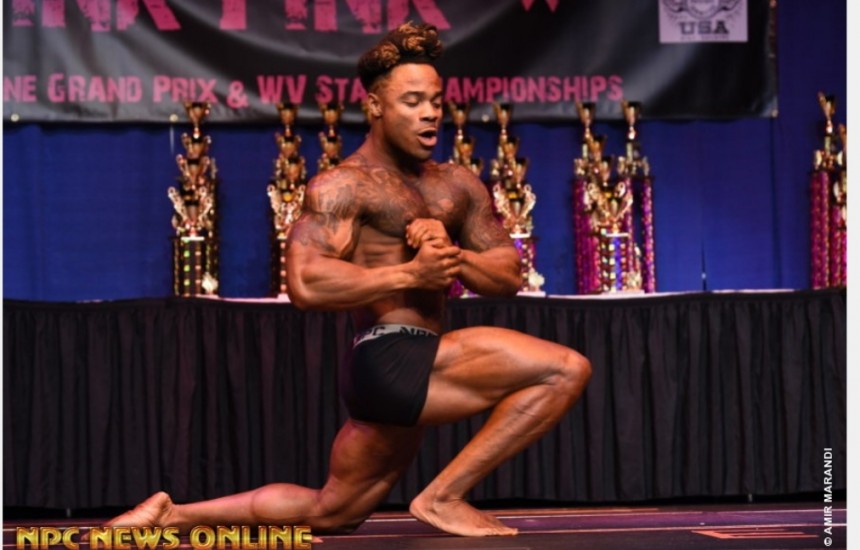 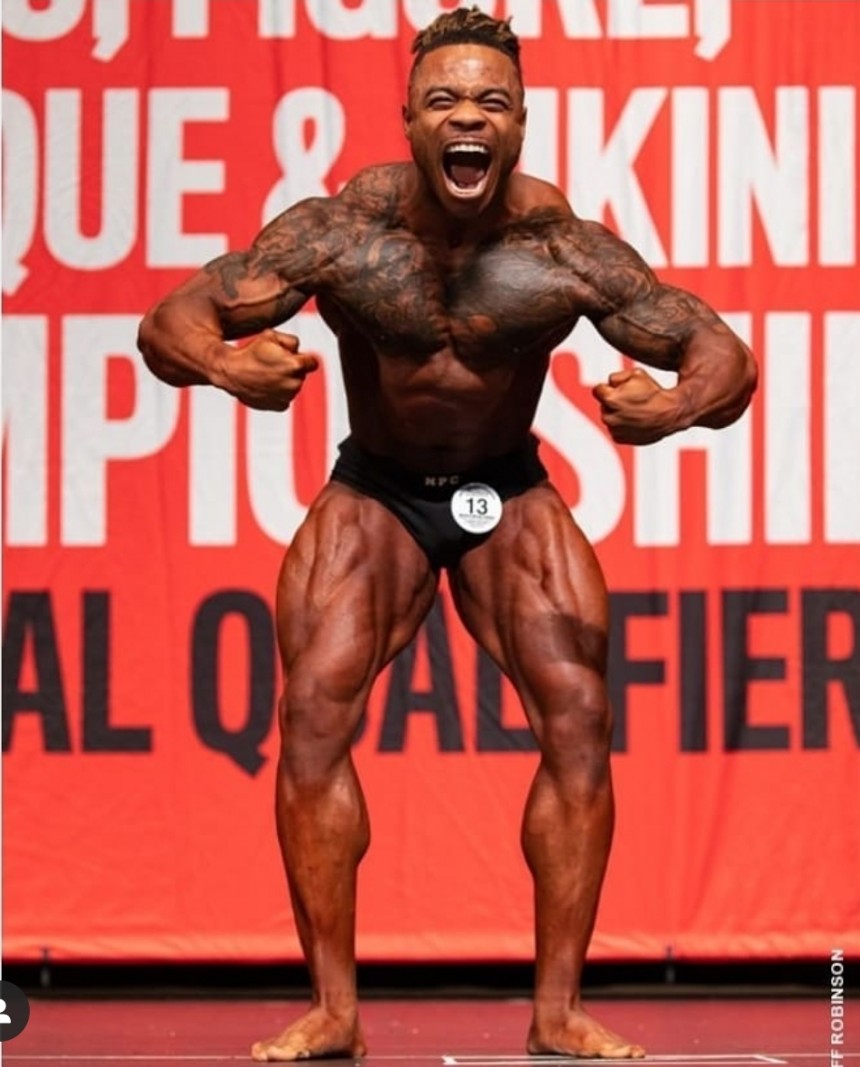 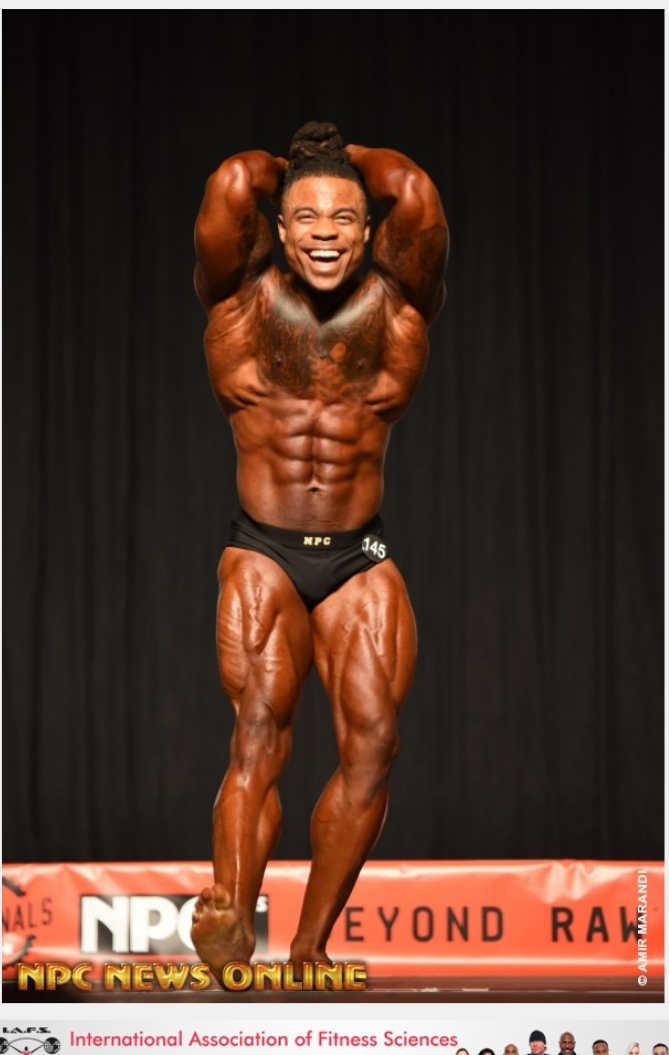 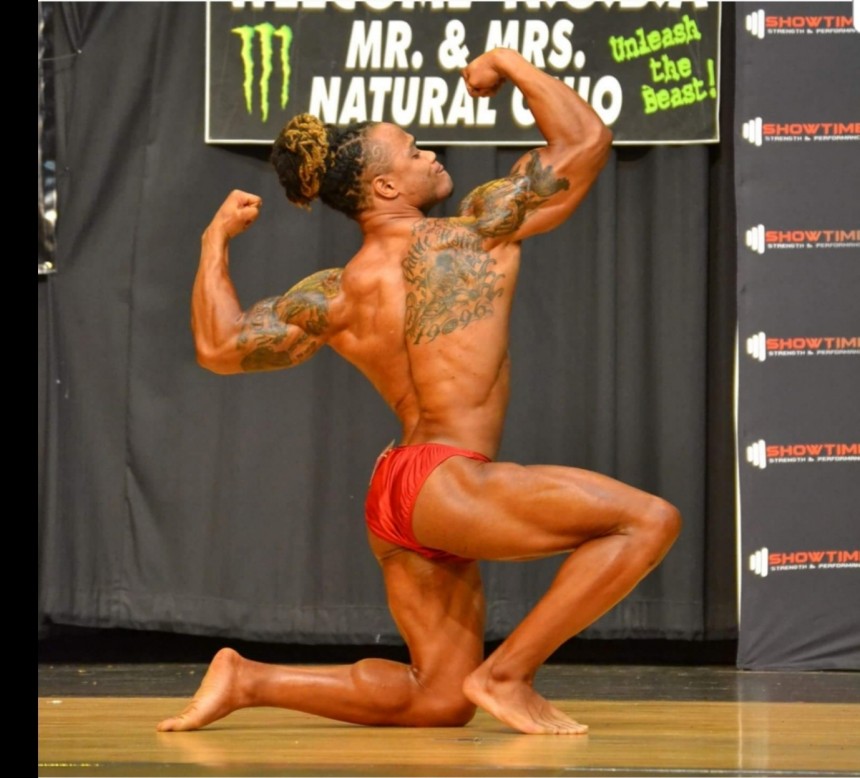 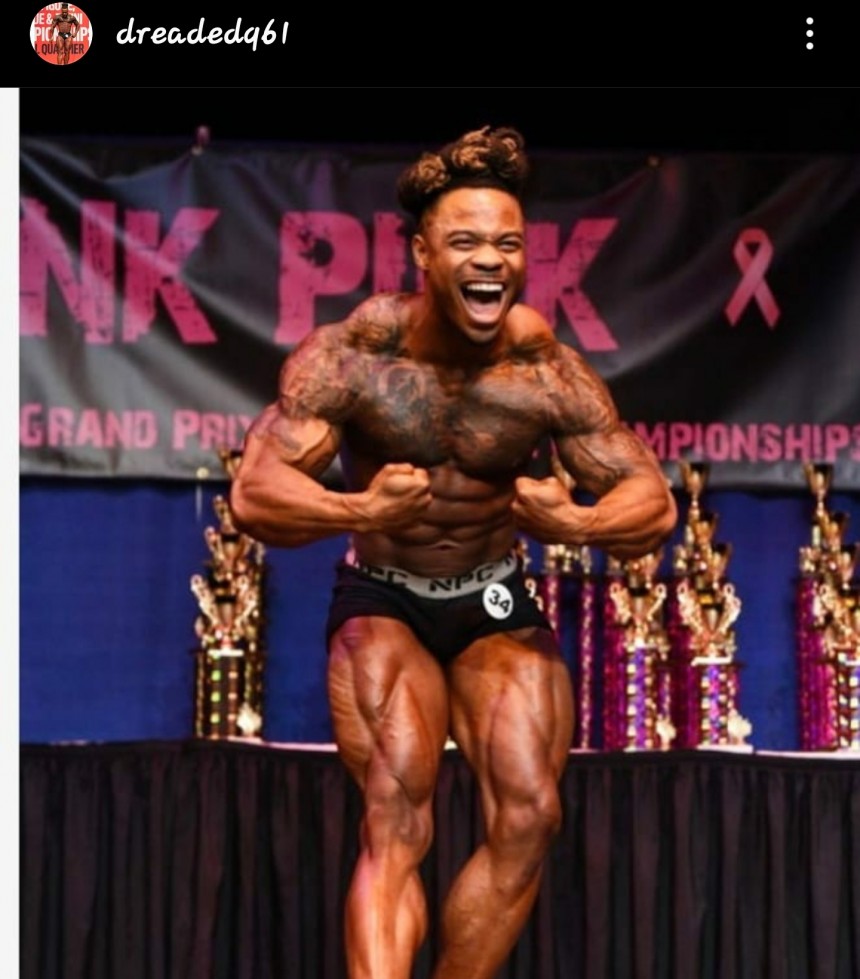